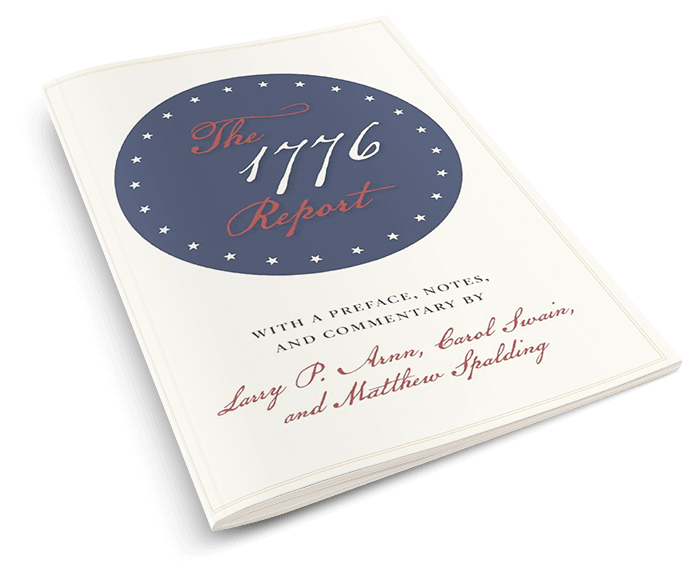 Get your print copy of the 1776 Commission Report on the American founding and the principles of the Declaration of Independence and Constitution that enabled our nation to abolish slavery, end Jim Crow racism, navigate Civil and World Wars, battle Communism, and end legal segregation and the unequal treatment of black Americans through Civil Rights legislation passed during the 1960s.

Be the People Project is dedicated to changing the direction of America’s culture by: 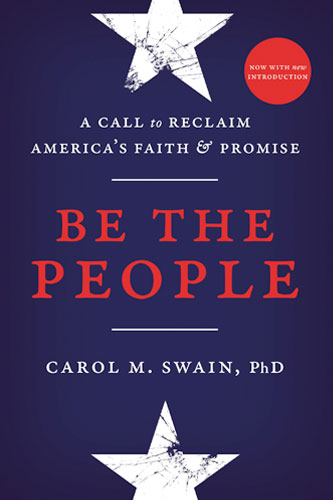 Our nation is facing one of the greatest challenges of our lifetime, one that is centered around the electoral process and the integrity of our nation.

The battle we confront and how it will be resolved lies at the core of the American identity and the exceptionalism we have long taken for granted. Download this free introduction to Dr. Swain’s bestselling book that covers topics like:

We are embroiled in a battle for the future of our children and grandchildren. As concerned Americans, we must embrace opportunities to stand for constitutional government and against anything that weakens our nation and its people. The Be The People Project is dedicated to leading the charge. We have the following objectives:

To reach a broader public with clear explanations about how conservative values and principles encourage the healthy flourishing of our economic, social, political and cultural foundations.

To dispel myths and stereotypes about race, class, and gender that shut down debate and discourage individuals from setting and pursuing life-changing goals.

To reach diverse audiences via all forms of media: blogs, television, talk radio, podcasts, print, other Internet applications, as well as participation and networking with other critical culture shaping organizations.

To partner with appropriate established organizations to cosponsor events related to the education of the public.

To participate in local, state, and national conversations about the well-being of the American public.

Paying a much needed tribute to our men & women “In Blue” for protecting our security, freedoms, and our American way of life. Recorded live event from Oct. 17, 2020.

Uncle Tom – A Round Table Discussion 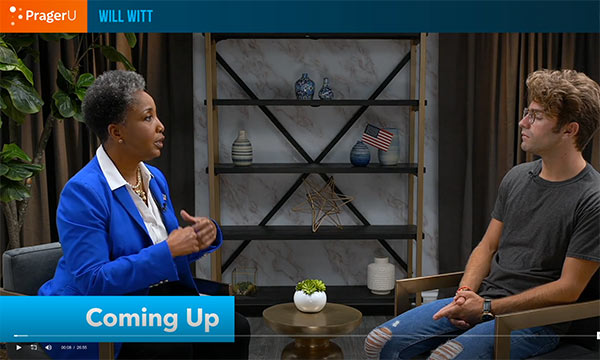 Black Lives Matter is run by Marxist organizers. They have not been silent about their agenda to dismantle the nuclear family, transform gender/sexual identity, and force radical change. So why are so many eagerly following along? Professor Carol M. Swain, PhD sits down with Will Witt to discuss.